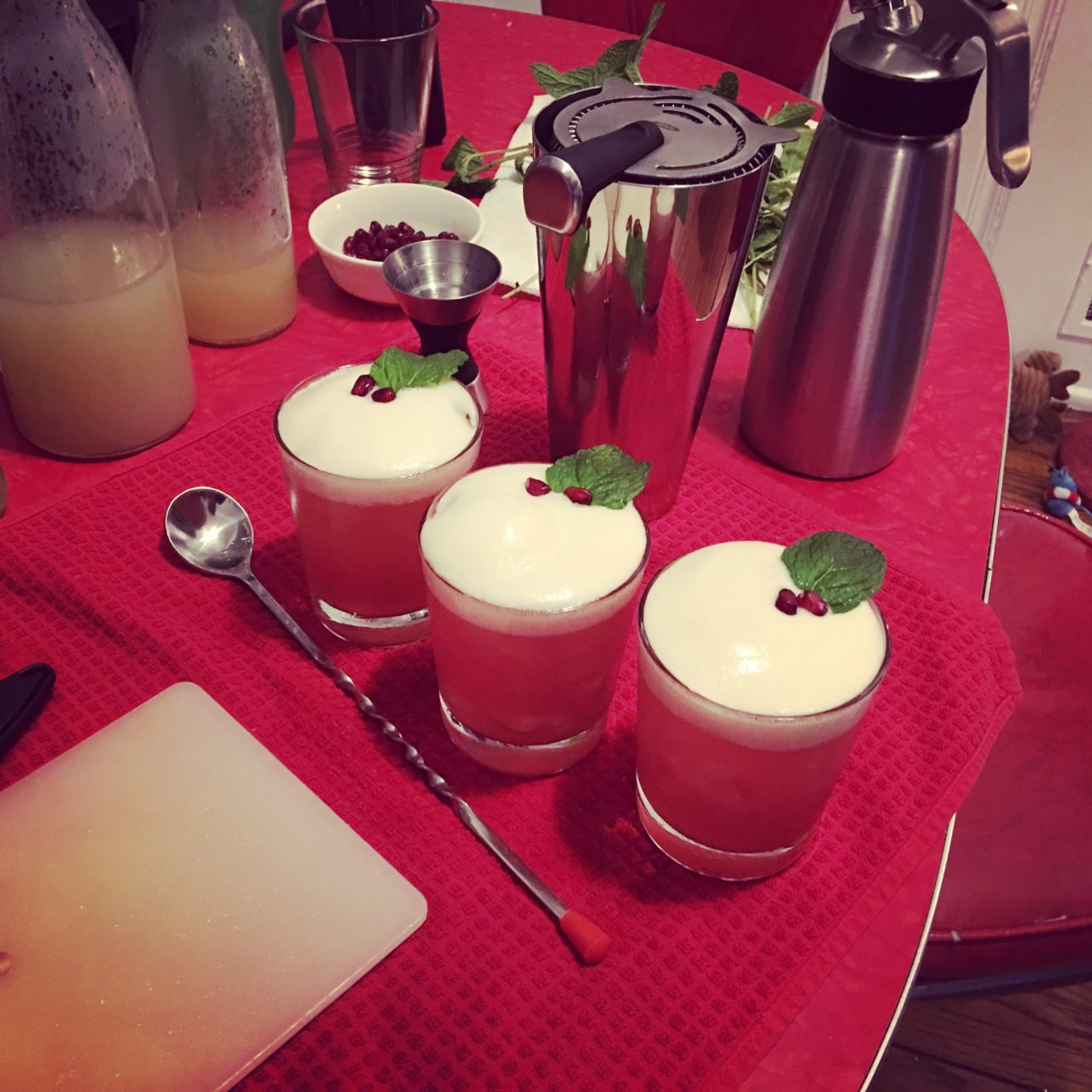 We first made this cocktail for a Christmas Eve party. It was inspired by a cocktail in Southwest Airline’s inflight magazine created by mixologist Cari Hah. Although we made it for a specific holiday, it is now a frequently requested house favorite all year round.

If you don’t mind a little silliness, one of the attendees of the original party captured the drink being made on cell phone video and created this clip for us:

For those who prefer written directions. See below.

Note: This syrup is almost identical to the one we used for “The Contortionist” in the house cocktail book. But we add a bit more cinnamon.

As we mentioned in the book, you do not want simmer this syrup because the fruit juices will break down. Bring it to a boil quickly, then remove it from the heat and let the cinnamon steep until the syrup is completely cool to transfer more flavor. 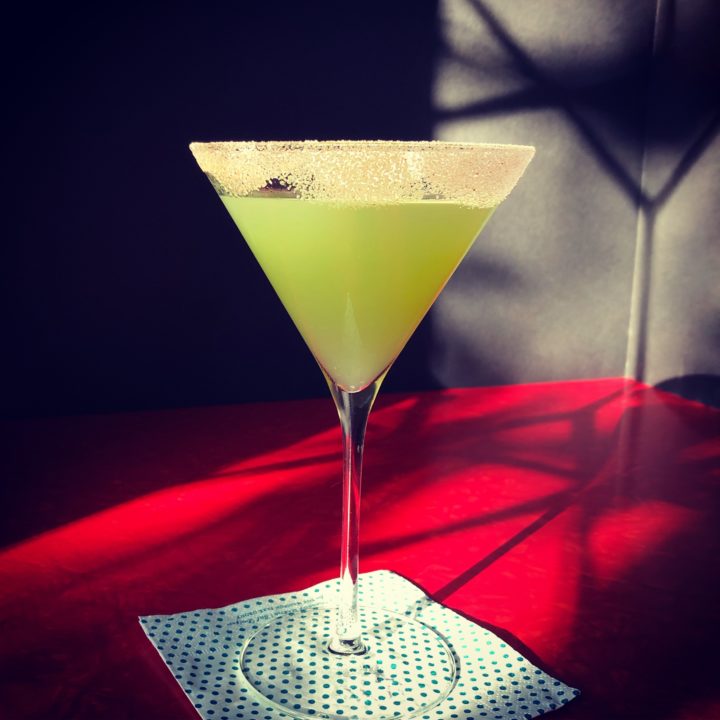 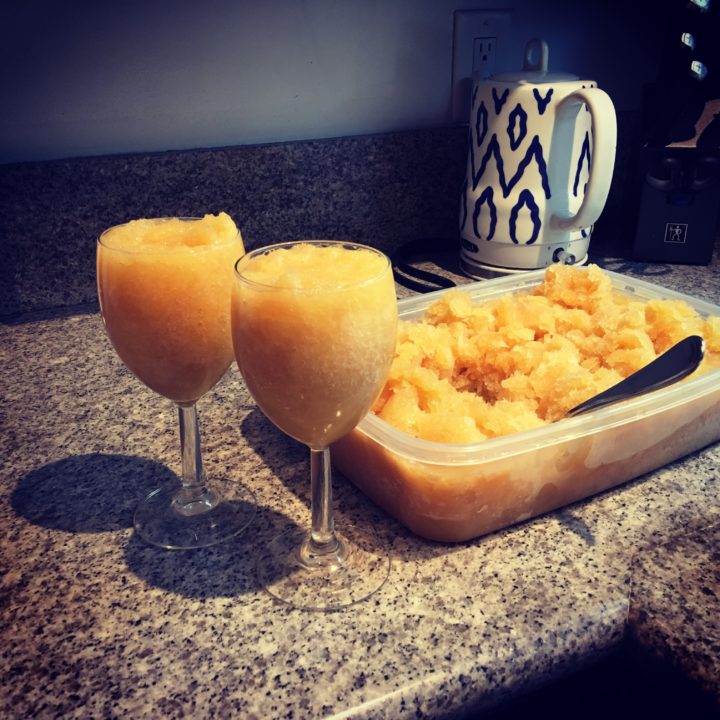 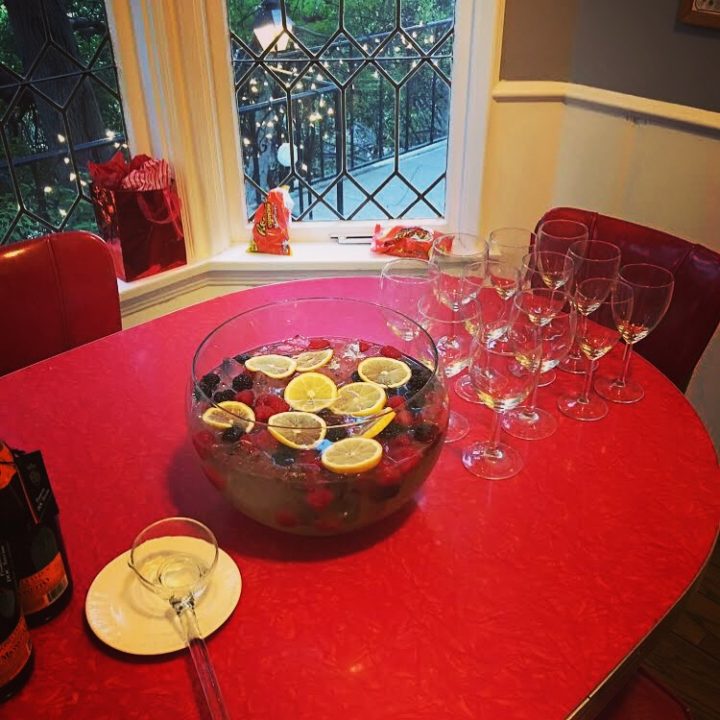